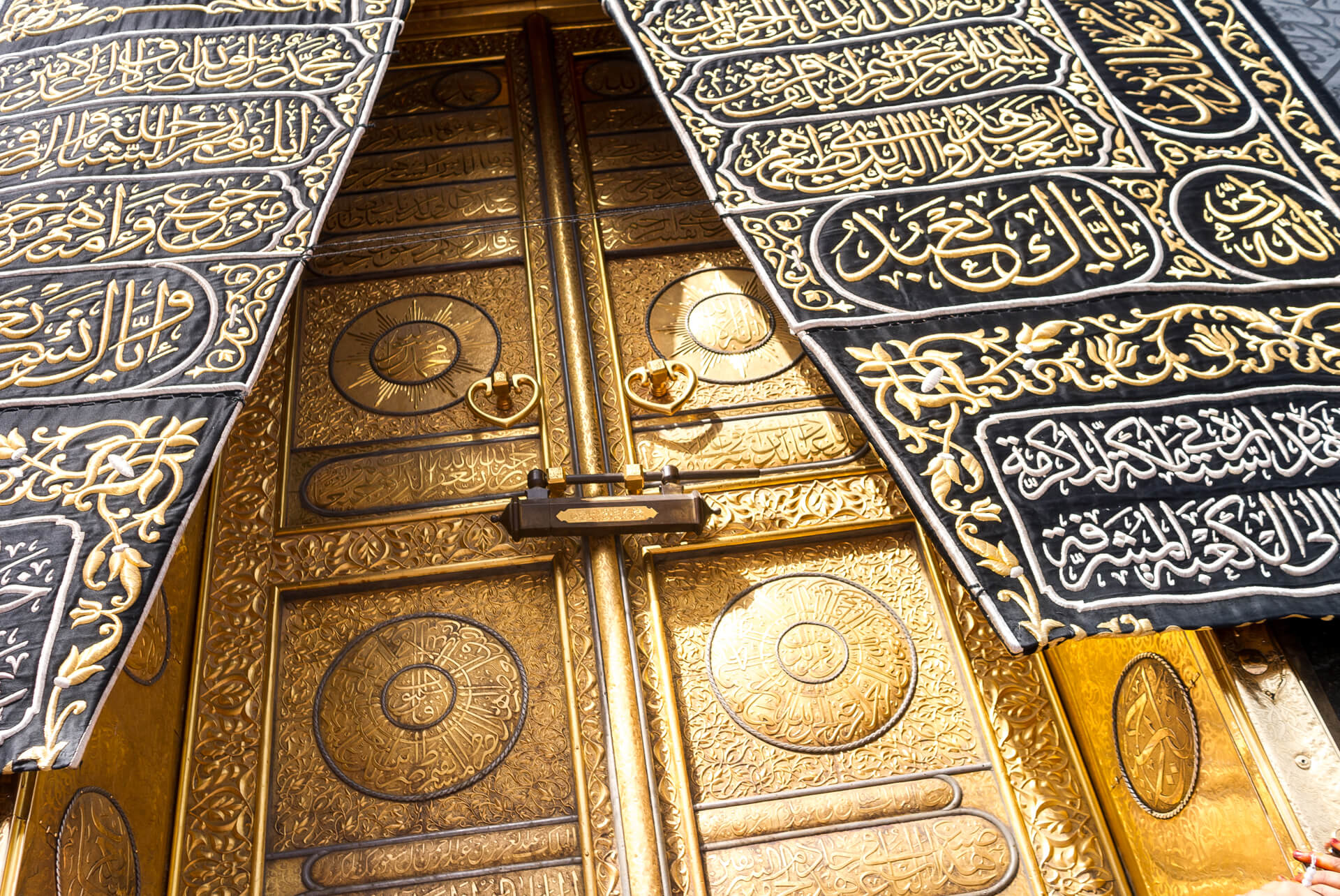 Shaykh Muhammad b. Alawi al-Maliki al-Hasani on the Hajj

In the name of allah ﷻ, Most Gracious, Most Merciful, Praise be to Allah ﷻ, Lord of the worlds. May peace and blessings be upon the noblest of the Prophets and Messengers, our Master Muhammad s, upon his family, and all his Companions.

[My] dear [brothers and sisters], these are some of the issues, which are mistakes made by many pilgrims and understood incorrectly. We would like to warn you about them, for there will be great benefit from that, if Allah ﷻ wills. One of these issues is related to the Tawaf, which is the circumambulation around the Kabah. Many pilgrims, may Allah ﷻ rectify them, are very keen on kissing the Black Stone, even if this results in fighting and pushing. They do all they can, focusing all their efforts and energies on this, to the point where they believe that Tawaf without kissing the stone would render it imperfect or invalidate it. This mistake is made due to ignorance, and the Messenger of Allah s has shown in his sunnah that a pilgrim who circumambulates the Kabah and was not able to kiss the stone will be granted the reward just by touching the stone with his hand. If he was not able to touch it with his hand, he can just point at it from a distance [by a flying kiss].

The Hajj and the Tawaf should be a path to love and compassion among the believers, and should not be a reason for abuse and combat. The original act of worship is intended to refine the souls. It teaches us to behave, and leads us towards harmony and goodwill. Our Master, the Messenger of Allah s told us in a sound narration that a ‘Hajj al-Mabrur’ brings no reward less than paradise. This is a Hajj with no obscenity, debauchery and no arguments. Kissing the Black Stone was originally a sunnah, however, the Messenger of Allah s, told Umar bin al-Khattab, may Allah be pleased with him, several things when he asked permission to go for Hajj. He s told him not to push people when near the stone, and not to strive to kiss it by way of abuse. What is understood from the intention of kissing the Black Stone is obedience and worship, therefore when Umar, may Allah be pleased with him, was near the stone, he said, “I know that you are a stone, you do not cause benefit or harm; and if it were not that I had seen Allah’s Messenger s kiss you, I would never have kissed you.” The kissing is to show obedience, approval, and compliance without argument. We also learn that once an action is confirmed in the Sunnah, the believer submits, complies and practices it because it is confirmed that Allah’s Messenger s did it, even if we don’t know the wisdom behind it.

Another issue that is also mistaken by a lot of people during the Tawaf is their thought that the two rakats of Tawaf are not properly performed if not completed directly behind the Maqam Ibrahim. Therefore, you find a lot of pilgrims, may Allah rectify them, fight and defend while causing great harm to their fellow pilgrims because they are eager to pray directly behind the Maqam Ibrahim. We have even seen some of them stand next to each other forming a circle so their friend or family can pray one by one in the middle of the circle – and this is incorrect. There is no need to perform the prayer behind the Maqam directly, but rather it is allowed to do so not only from any part of the mosque but also in any part of Haram. It has been proven that Ibn Omar, may Allah ﷻ be pleased with him, was praying the Tawaf Rakats at Dhi Tawa, meaning outside the mosque at a high point of Makkah. This is proven by many of the companions.

In relation to the stoning ritual, some pilgrims, at the time of pelting the three Jamarat, strive to hit the column, throw articles such as their slippers, and sometimes you see some climbing it and beating it, thinking that this column has the Shaytan in it. In fact, Shaytan does not get hurt from this but rejoices, because with every error and every act of ignorance done by the son of Adam, he has fulfilled his role. It is his job to lead people to ignorance and error. He does not suffer from the stones that people throw, but rather he suffers when we know the true meaning of throwing the stones. He suffers from every act of a Muslim in obedience to Allah ﷻ and His Messenger s. He is affected by the meaning of the pilgrim who comes in obedience, saying “Here I am, O Allah, Here I am.” In this moment, it is as if the pilgrim is saying, “Oh Allah, I put my opinions away and I followed you without questioning the wisdom or reason behind it, for you are God, who ordered this poor slave, who came to throw stones without asking for the reason.” This is what hurts Shaytan.

As well as from the mistakes made by pilgrims are that they are keen on slaughtering on Eid day in Mina. Thus, you have a problem from the accumulation of meat without a benefit. The sunnah has given us a space of time and ample opportunity, as it has shown us that Makkah, Mina, the glens of Makkah and the glens of Mina are all places of sacrifice. Meaning that if someone slaughters in Mina he has followed the sunnah by word and deed, and he who slaughters in Makkah has followed the sunnah as the Prophet s said. This gives a great opportunity for many of the poor and needy to benefit from them, so the poor in Mina may eat along with the poor of Makkah.

We ask Allah to protect us and to bless us with understanding and Beneficial Knowledge. We ask Allah to allow our pilgrimage to be an accepted one and accept our deeds. O Lord of the Worlds may peace and blessings be upon the Prophet Muhammad s and his family.

Hajj advice
What is a “Non-Shifting” Hajj? Previous Hajj Tips: What to Take to Mina Next